Eastern oriental Express train photographed en route through Thailand.
I’d already produced a major advertising lifestyle shoot on board the E&O train. So I was very familiar with the train and it’s route, as I’d made the complete journey on board from Bangkok through Thailand, finally ending in Singapore. So busy and complex was the shoot on board the train, we never got the chance to capture major pictures of it in the landscape.

So this was the brief, the the train had to be stopped somewhere on it’s route, in a location that showed the amazing landscape backdrop. Working with Tony Price from OEHTC in London on the project, we looked through preliminary recce pictures on possible places sent from our location man in Thailand.

We decided on a spot with a small bridge on a slight curve, with a backdrop of mountains. Unfortunately the foreground was just dry earth. When we mentioned this to our man in Thailand, amazingly he said with the help of the local villagers, he could arrange to flood the foreground with water which would create a paddy field right where we wanted, in the foreground of the picture in front of the train when stopped. They got to work and we made the flight over to Thailand.

Once at the location we started to make final preparations, the best position for my camera platform, outfits for everyone, assorted animals to take part, we even managed to persuade a group of Buddhist monks from the local monastery to take part in the shoot.

Because the E&O train travels as part of the country’s scheduled rail network timetable, it took a lot of organising for us to have the train stop at an unscheduled location between stations, this meant I would only get five minutes maximum to get the perfect shot, so no pressure for me!

Everything and everybody was finally in place when the morning of the shoot came. The whole location had by now become a major scene with not only almost the entire village out to help us and dressed in traditional outfits, but animals, Monks and many onlookers because as the E&O train is so famous, and such an amazing sight to see, news that it would stop here at this place, meant a massive crowd had turned up to watch. 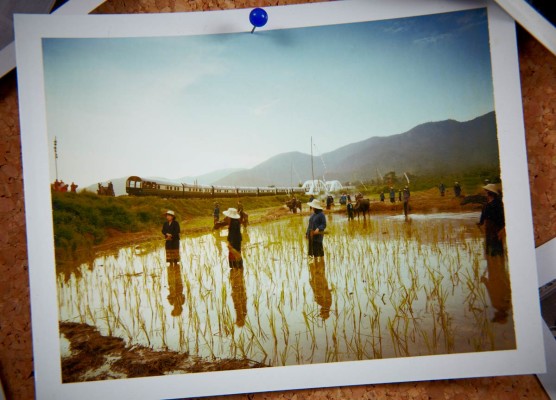 The train finally reached us and began slowing down, I signalled exactly where I wanted it to stop, then came a frantic five minutes spent orchestrating & positioning everybody in the right place including animals and our group of extremely quite monks, we also got some of the passengers out onto the observation car at the back of the train. 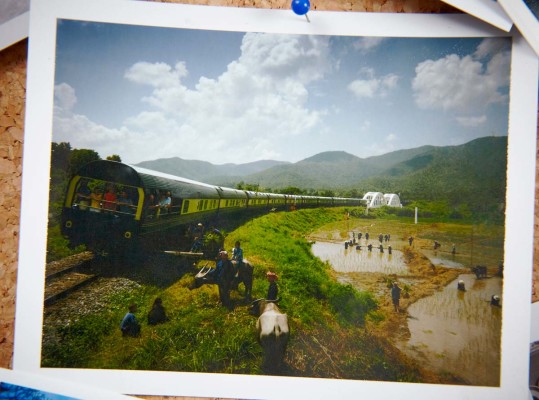 With some fantastic shots of the train in this  amazing scene achieved, we waved it goodbye as it departed to continue on it’s journey. Such a successful and memorable assignment, I’m happy to say all our work paid off.
One of the main pictures I’ve shown here, along with some of my original 5X4 polaroids I took while setting up the scene. 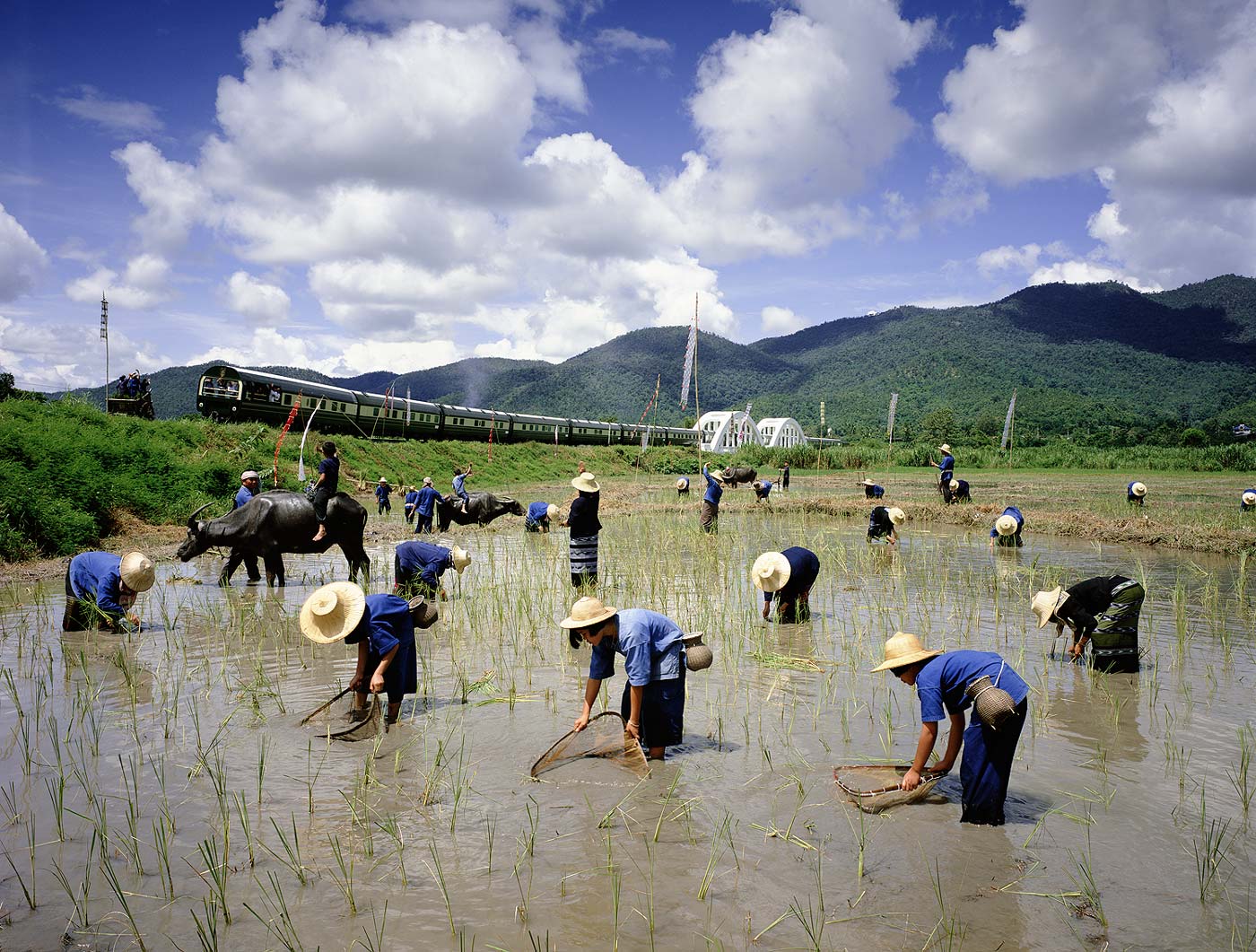 Such an exciting and memorable shoot, once we’d finished and my equipment was safely packed, we spent the rest of the day with some of the local’s in the village, before flying back the next day. 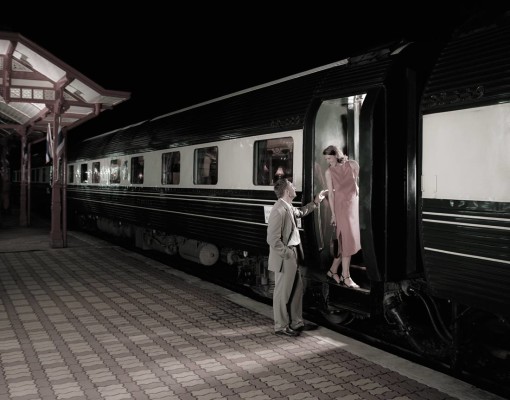 Here are two shots from my previous lifestyle shoot on board the train. 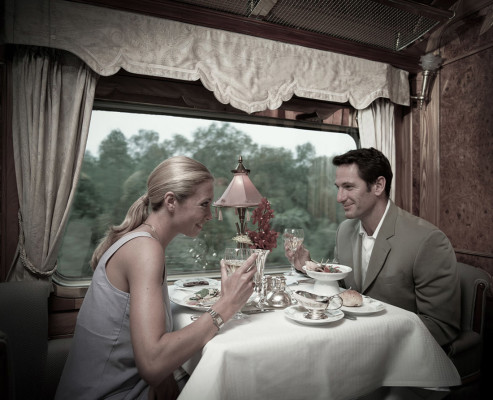